As a journalist, I've written for The BBC, The Sunday Times, The Independent, HuffPost, ThinkProgress, Town & Country, Evening Standard, Salon, The Telegraph, SUITCASE Magazine, Food Republic, The Culture Trip, The Daily Dot, Elite Daily and many other publications – both online and print.

As an author, my first book was published by Penguin Random House in 2019 under a pseudonym (for legal reasons). My second book, YES VE-GAN!, was published in January 2020 by Octopus, part of Hachette Media.

This page contains a selection of my articles, showcasing a range of diverse subjects – from food and travel to veganism and capital punishment. Check out my website www.selenenelson.co.uk for more information or to get in touch. 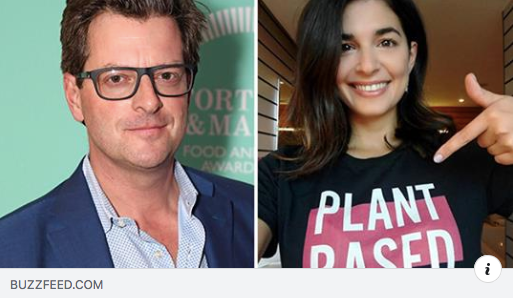 When Selene Nelson pitched some articles on plant-based food to magazine editor William Sitwell, he wrote back suggesting a series on killing vegans - and was forced to resign in the storm that followed. Here Nelson explains what it was like at the centre of that storm, and how it felt to meet Sitwell for The One Show. 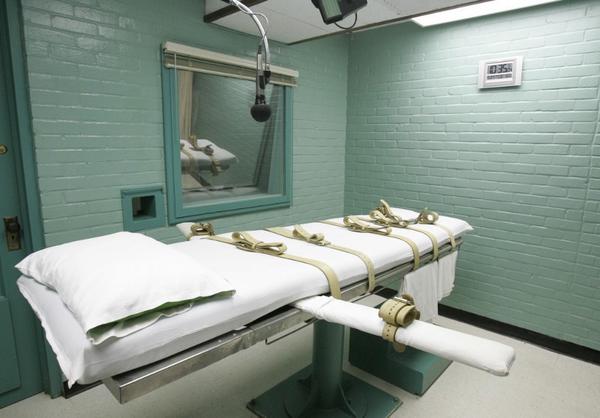 ThinkProgress: How It Feels To Kill 62 People, By A Former Executioner

When it comes to capital punishment, we already know the fiscal cost: studies have found that a death sentence is up to ten times more expensive than life without parole, often at a cost of around $300 million per head. But what about the moral cost? “You can’t tell me I can take the life of people and be normal. It took a lot out of me to do it.” 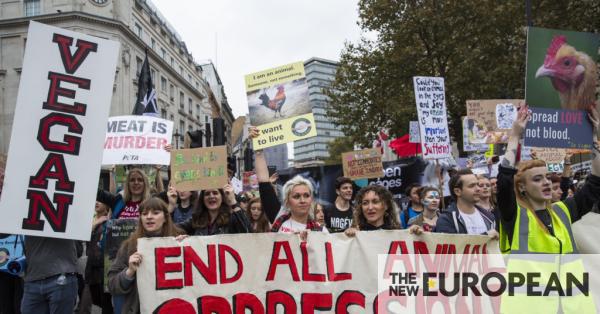 The New European: The Vegan Manifesto

Vegan writer SELENE NELSON has found herself at the forefront of the war on meat after her exchange with Waitrose magazine editor William Sitwell went viral. She argues why meat-eating can no longer be considered a personal choice. 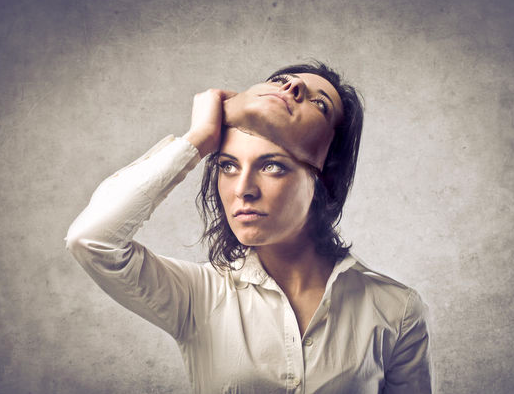 My Mother, the Psychopath: One Woman's Story of Abuse

Psychopathy is so hot right now—or so popular culture would have you believe. In the past 15 years, public awareness of psychopathy has rocketed. From the lethal-yet-likeable serial killer we saw in Dexter to the now-iconic Patrick Bateman of American Psycho, it seems both the media and public are drawn to the image of the “elite psychopath.” 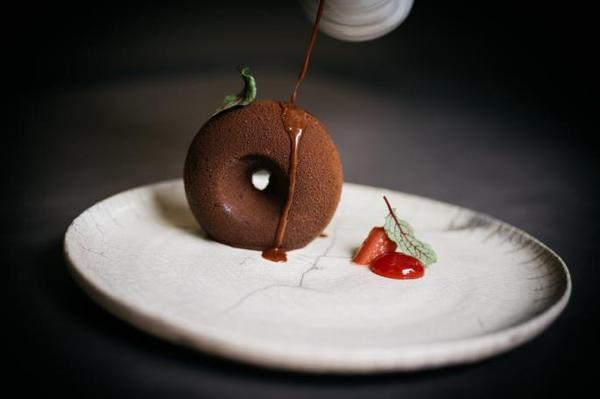 For years a fringe movement, veganism has now hurtled into the mainstream, with recent research suggesting there are as many as 3.5m of us in the UK. While the merits and ethics of veganism remain divisive (and don’t I know it!), there’s no doubting that it has become big business. 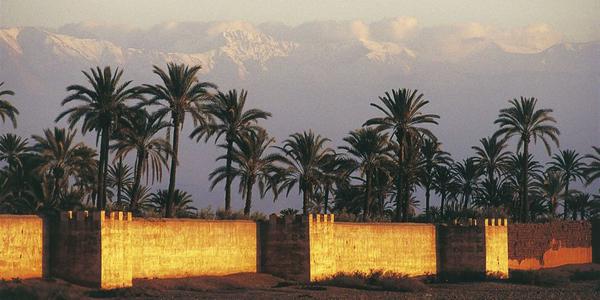 From treasure-packed markets that hum with life to the labyrinth-like Medina, Marrakech is bursting at the seams with action and energy. This is a city where the present merges with the past, where Europe, Africa and the Middle East meet. The so-called Red City is almost ridiculously photogenic – but scratch beneath its Instagrammable veneer and you’ll find much more than mere aesthetics. Here’s your insider guide to Marrakech. 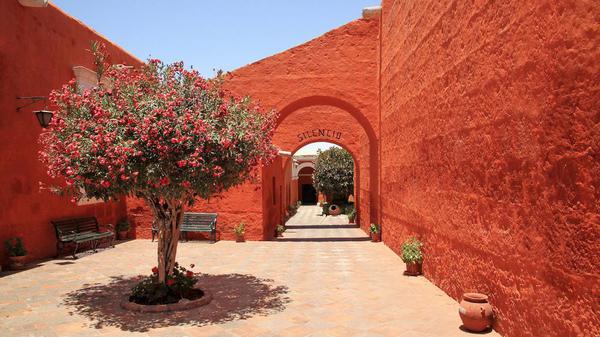 Shadowed by three dramatic volcanoes, Arequipa’s setting is about as glorious as you can get. Much smaller than Lima and far less touristy than Cusco, Peru’s second-largest city has just as much cultural significance – and arguably considerably more beauty. Arequipa’s centre gained UNESCO World Heritage status in 2000, and the city’s vistas, with the El Misti volcano looming behind, are magnificent. Arequipa’s white baroque buildings give the centre a grand and markedly European flavour, and due to the low altitude and the near-constant blue skies, Arequipa is a delight to explore. 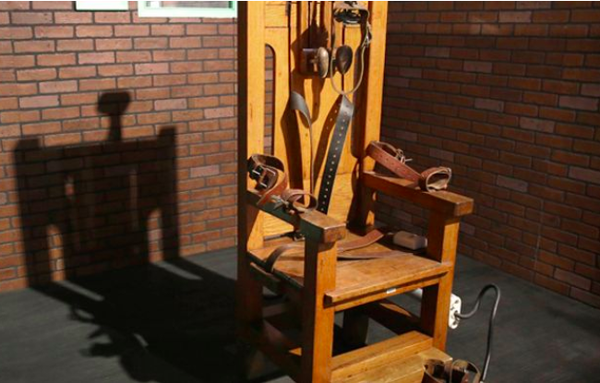 They say you can’t put a price on life, but what about death? Earlier this year I spoke to Jerry Givens, a former state executioner turned death penalty abolitionist. He told me that for people who carry out the death penalty, the real, enduring cost is emotional. “If I had known what I’d have to go through as an executioner, I wouldn’t have done it. It took a lot out of me to do it. You can’t tell me I can take the life of people and go home and be normal.” 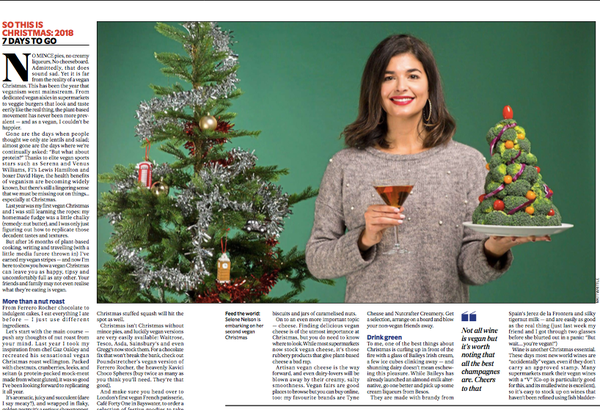 Evening Standard: How to have a vegan-friendly merry Christmas

No mince pies, no creamy liqueurs, No cheeseboard. Admittedly, that does sound sad. Yet it is far from the reality of a vegan Christmas. This has been the year that veganism went mainstream. From dedicated vegan aisles in supermarkets to veggie burgers that look and taste eerily like the real thing, the plant-based movement has never been more prevalent — and I couldn’t be happier. 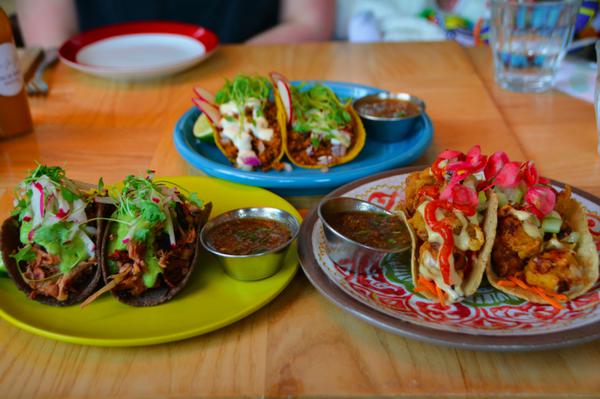 In recent years, even the most ardent meat-lovers would find it hard to ignore the rise of veganism. The most recent research estimates that six percent of Americans now follow a vegan diet — a staggering increase of 600% in just three years. While the idea that vegans just eat salad prevails among some, the notion that you can eat healthfully and deliciously without animal products is catching on. The Big Apple is a great place to discover how versatile a vegan diet can be. 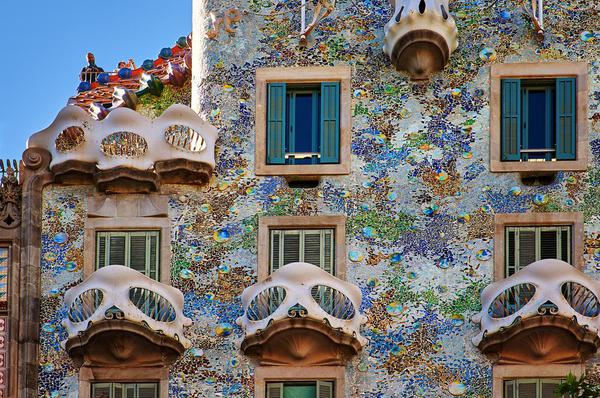 Barcelona is a city that you could spend a month in and barely skim the surface. Despite being Spain’s second city, it’s number one when it comes to culture, cuisine, drinking, style and electric energy – and there’s certainly no shortage of city guides that prove it. But how can travellers maximise on the abundance of treats offered by this popular destination in two days? Here’s our time-savvy guide to Barca’s essentials – with a smattering of new and offbeat openings thrown in for good measure. 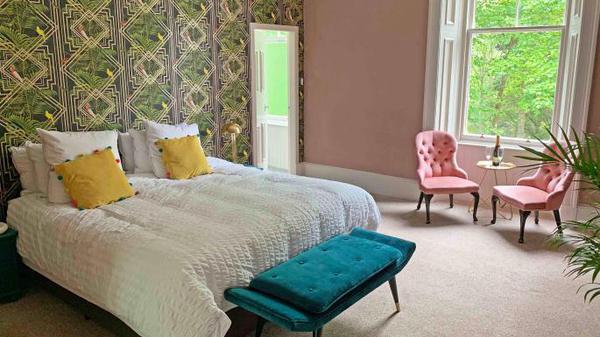 The vegan hotel in Scotland — stay in guilt-free luxury

A small town in the Scottish Highlands isn’t where you would expect to find a vegan hotel, but then the rise of veganism has been full of surprises. Where once the movement was largely confined to cities and university towns, these days it’s borderless. That’s why, last weekend, I was shuttling past the moorlands and forests of Perthshire to Saorsa 1875. 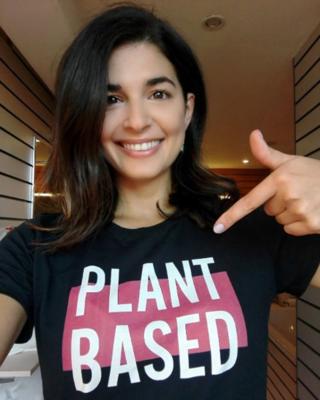 The Independent: What I Learned From Pitching WAITROSE Food

Last week, I pitched an article to my favourite food magazine. Inspired by Waitrose’s announcement that plant-based sales had soared 85 per cent, I emailed Waitrose Food‘s editor, William Sitwell, about a new series on vegan food: plant-based recipes, tips from vegan chefs, new ways of cooking with new ingredients. 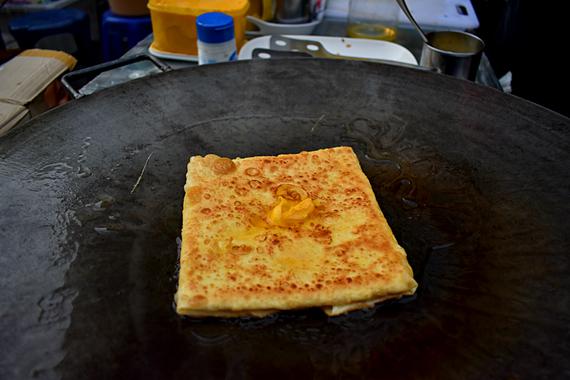 Bangkok is paradise for a food lover. You can't cross a street without the aroma of frying garlic and chillies drawing you in, or smoke pouring from a street grill hitting your nose. Everywhere you go there's a new temptation, whether it's spicy papaya salad, fragrant coconut milk curry or traditional roti pancakes sizzling away. You could spend weeks wandering these chaotic streets and barely scratch the culinary surface of this city, but many people only spend a few days in Bangkok. If you're 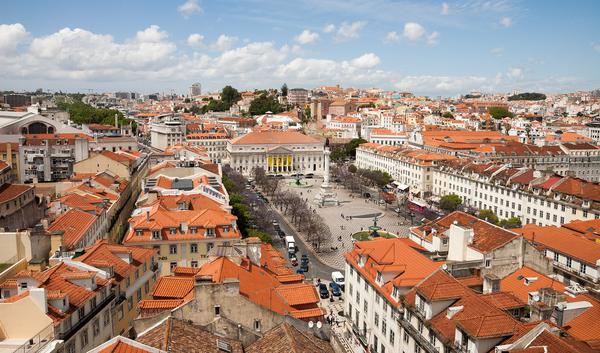 Sprawled over seven hills above the shimmering River Tagus, Lisbon is one of the most captivating cities on the continent. One minute you can be ambling along narrow, cobbled streets, the next sipping sangria in a rooftop bar. Merging gothic buildings, colonial history, excellent food and raucous nightlife – not to mention the friendly, family-oriented locals – Lisbon is a city you can’t help but fall in love with. Here’s where to stay, what to eat and what to do in the buzzing Portuguese capital. 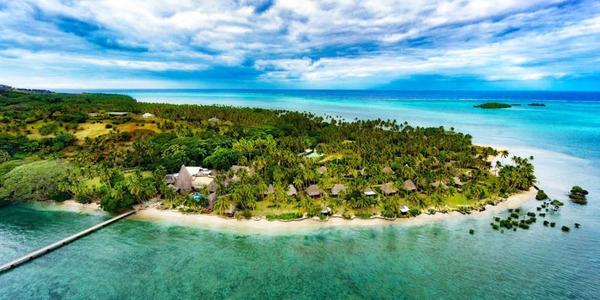 This Fiji Resort Leads the Way in Sustainable Travel

With its warm, turquoise waters, gently undulating palm trees and sunny climate, it's not hard to see why Fiji is such a popular travel destination. This group of islands in the South Pacific encapsulates the idea of tropical paradise and today over a quarter of the economy stems from travel. While the economic benefits of such booming tourism are great, the ecological drawbacks can be even greater. Increased tourism means increased greenhouse gas emissions, water consumption and waste management. Climate change is having a palpable effect on Fiji, and dismissal of globing warming just doesn't wash in a country where you can literally see it happening. 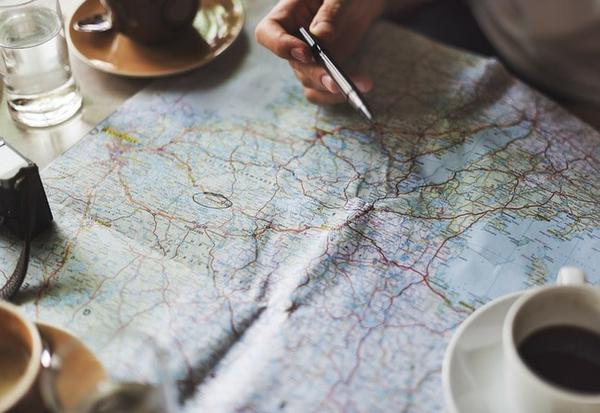 Guatemala’s beauty and culture have long made it a popular destination, and touristy places like Antigua, Lake Atitlan and Flores are common stop-offs for solo travelers. Guatemala City is a different matter altogether. Its sheer size and much-debated crime rate deter many independent travellers from visiting, but with the right know-how there’s no reason to skip the capital. Here’s the solo traveler’s guide to Guatemala City. 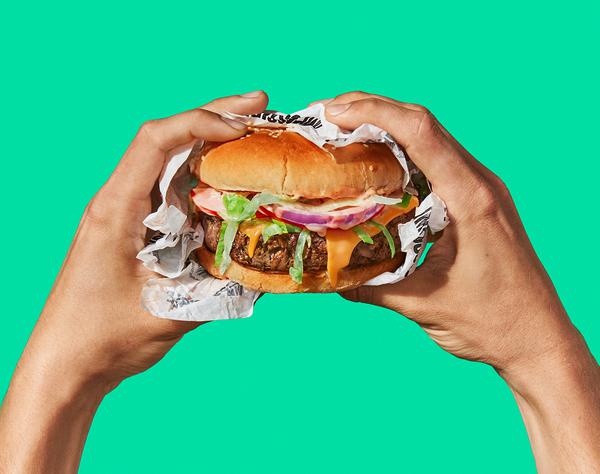 Mission Impossible: How A Vegan Burger Is Changing The World

Even for the most ardent meat-eaters, the recent growth of the vegan movement has been hard to ignore. The US has seen a 600% rise in veganism since 2014, while in the UK it’s a little lower – a ‘humble’ . But for many people, no matter how much they respect the principles of a plant-based diet, the idea of giving up a big, juicy burger remains inconceivable. Enter the Impossible Burger – a patty that looks, smells, tastes, feels and even ‘bleeds’ like a classic beef burger… with one major difference. It’s made entirely out of plants. 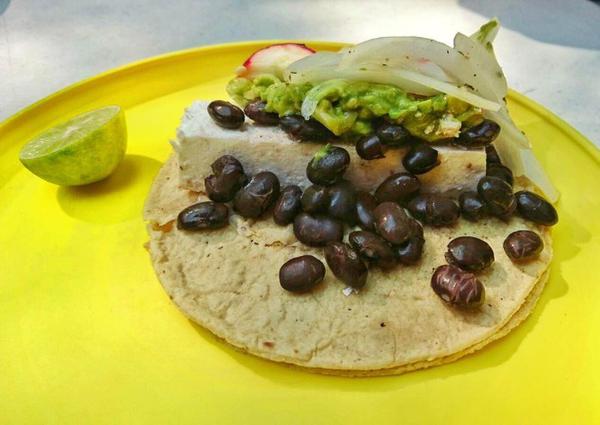 In Search Of Vegetarian Food In Mexico

The best thing about traveling is eating. There’s no better way to appreciate a different country and its culture than to tuck into the national dishes, and for most people, sampling the local cuisine is one of the things they look forward to most about exploring a new place. But if you’re vegetarian, things aren’t always so easy. As a Brit, I’m pretty spoiled for choice for meat-free dishes when eating out, but experience tells me things are very different abroad. But times are changing. 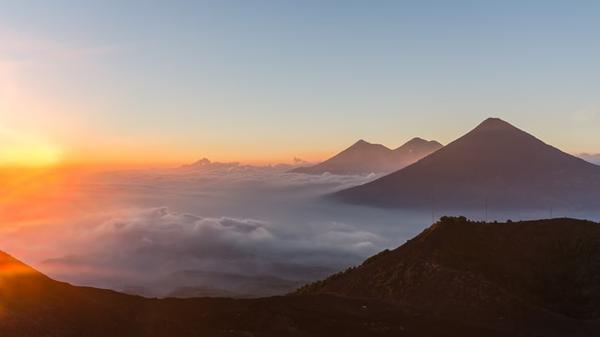 The Best Backpacker Spots in Antigua and Guatemala City

Guatemala is a country you visit once and fall in love with forever. Its dramatic volcanoes, emerald-green lakes, wild jungles, Mayan ruins and unique cultures make it the darling of backpackers all across the world. If you’re visiting Antigua and Guatemala City, here are the best backpacker spots you need to know about.
Load More Articles
Close ✕